The 4 Types of Fear That Will Steal From Your Future 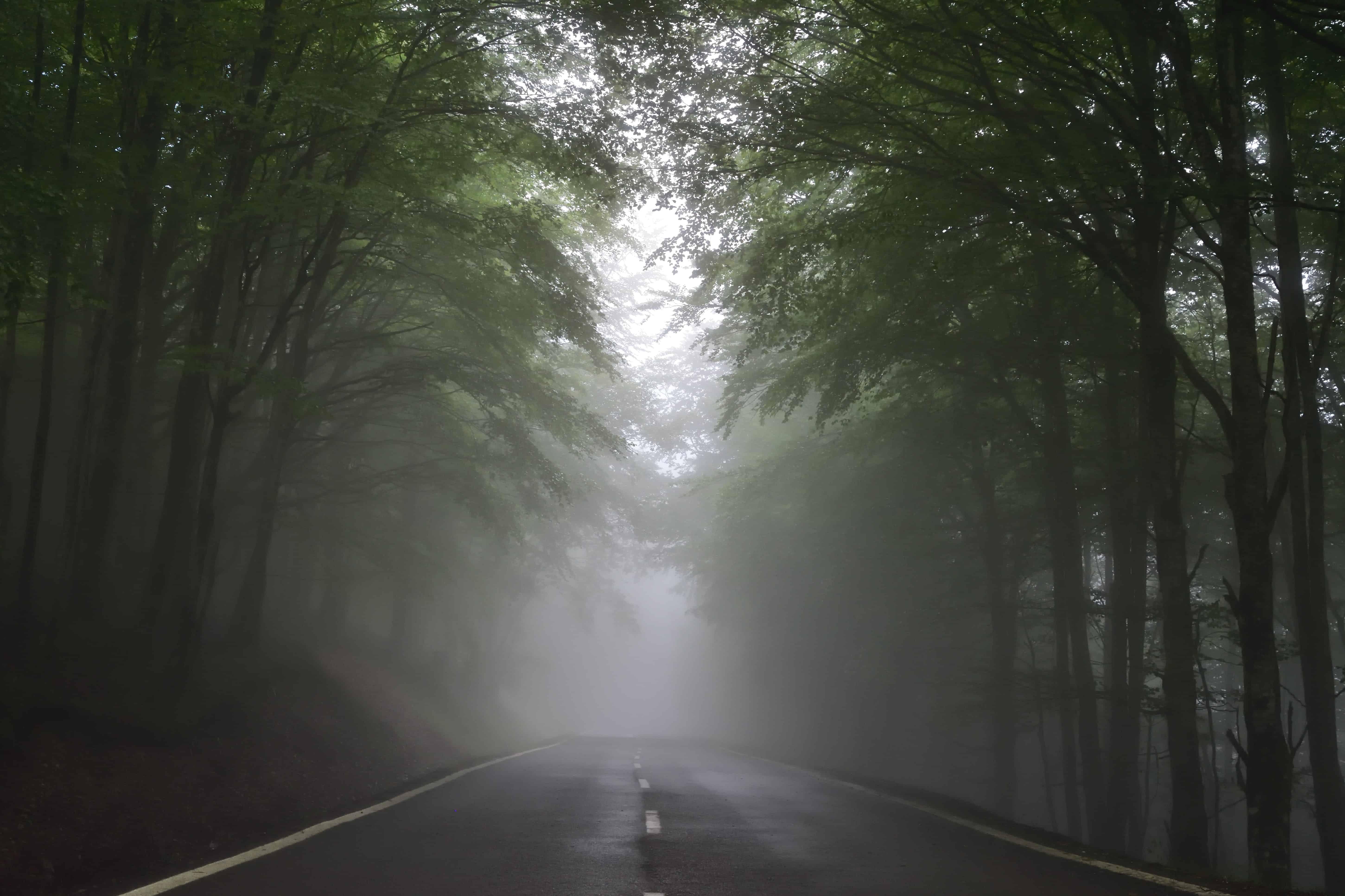 I’m going to make a bold statement and say that I believe the number one reason you won’t achieve the life of your dreams is … *drum roll* … fear.

And when I say “you”, I really mean “we”, and basically, the collective “you” that is everybody on the planet.  Because, we all struggle with fear. Even the most successful humans out there.

Because of this, most people think that fear is a valid reason to not do something. And when we confide in others, they will typically support us and offer their understanding and compassion, because they don’t like feeling fear, either!

It’s just this accepted excuse, because nobody wants to feel fear.  So, we all let fear hold us back in life to some degree.  It’s part of the human condition.

But if you’re not willing to overcome fear, then you’ll never live your best and most purposeful life.

I don’t know about you, but the thought of being on my death bed and regretting that I didn’t live my best life scares me. Which, kind of puts things in perspective:  either I deal with fear today, or I suffer from it later.

So, overcoming fear is an important part of reaching your fullest potential.

However, fear has a sneaky way of tricking us into believing that our hesitations are totally valid, or not based on fear at all.

Some say that the opposite of love isn’t hate.  It’s fear.

Love is a pillar emotion that strengthens all of the other positive emotions in our lives.

Fear, on the other hand, results in a plethora of negative and toxic thoughts and emotions.  Like anger, worry, anxiety, insecurity, jealousy, etc.  We could probably all agree that these emotions stem from fear.

But these aren’t the feelings that hold most people back from building a better future. Instead, many of us are lulled into passivity by behaviors that are considered less distressing, but quite deceitful.  These are what I call “disguised fears”, because we typically don’t consider them expressions of fear.

However, once you identify them as types of fear, then you can address the root cause of your inaction (what you fear) so you know what you need to overcome in order to move forward.

The four disguised fears that are subtle varieties of fear – but fear all the same – are procrastination, perfectionism, confusion, and refusal (excuse making).  Most people fall prey to these bad habits that ultimately keep them from reaching their goals.

Procrastination is the act or habit of putting off or delaying something that requires immediate attention.

For example, many people (like myself) procrastinate with getting medical checkups or having difficult conversations. Putting these things off for too long could result in worse consequences than taking action immediately.

So, why do we wait?  We might say we’re too busy, or just lazy, or don’t care enough – and these might be true.  But we may also be procrastinating because we’re avoiding some emotion we don’t want to deal with.

When you delay saving money, paying off debt, or planning for retirement, you are leaving a heavy burden for your future self.  So, it’s critical that you determine the reason why you’re making this choice.

If you really believe it’s as simple as being too busy or lazy, then these excuses can easily be addressed. You either need to free up more time or develop some self-discipline.

But, deeper thought could lead you to discover that you’re reluctant to take action because you don’t want to deal with uncomfortable feelings.  This is typically when procrastination is a disguise for fear.

There are a few different ways procrastination can disguise itself as fear. Ask yourself these questions to determine if your inaction is due to avoiding fear:

If you can say yes to any of these questions, then continue to deconstruct your thinking and reflect on your real motivation for not taking action. You may realize that your lack of action is really an avoidance of feeling fear.

If you’re not making the progress you’d like because you want everything to be “just right” before you move on, then you may suffer from perfectionism.  (And, yes, I did use the word suffer intentionally.)

Some proudly identify themselves as perfectionists. But, in reality, wanting everything perfect before you take action is just fear in disguise, and a poor excuse to delay action.

What are perfectionists afraid of?  They’re scared of making a mistake, of being judged, of being rejected. And they operate out of this false belief that, if what they do is “perfect”, then they can avoid feeling the fear and all of the other uncomfortable feelings that go with it.

But, this usually results in a lack of action and a delay in getting things done. Which, also serves as a way to avoid painful feelings.  Because, if you never get anything done, then you’ll never fail or be rejected.

Here are some questions to ask yourself if you think you may be letting perfectionism hold you back:

The drive to be perfect can rob you of a sense of personal satisfaction, and also cause you to achieve less than others who have more realistic expectations.

The only way to overcome the fear is to go through it. Do things imperfectly and share it with others. Expose yourself to what you’re avoiding, and you will discover that the majority of your fears are unfounded.

The goal is progress, not perfection.

This one can be extra tricksy.

Sometimes we hold ourselves back because we “just don’t know”. And so, we think we need more information, or we need to keep thinking about it, or keep praying about it.  Maybe you’re stuck right now because you’re waiting for a clear sign.

It *sounds* like you want to be wise about your decision – and this is a good thing.

Instead, you stay where you feel comfortable and don’t have to deal with painful feelings.  Because, as long as you continue to claim you “just don’t know”, then you have an excuse not to move through your fear.

Is this hitting a nerve? Then, ask yourself these questions to figure out if your confusion is really a disguise for avoiding fear:

But, these are not valid reasons to not take action.  Using confusion as an excuse won’t make any underlying fear go away.  Ignoring what you fear just keeps you stuck where you are.  You can’t go around it or over it or under it.  You must go through it.

Someone once said that courage is not the absence of fear, but feeling fear and doing it anyway.  So, don’t let these avoidance thoughts keep you from your goals. Acknowledge the fear you’re resisting and then walk towards it.

Being open to feeling the fear is the first step in overcoming it.

Excuses only achieve one thing.  Nothing.

Even the *best* of excuses will still keep you from achieving your best life.  And an excuse is usually just the avoidance of fear wrapped up in a victim mentality.

Related Post:  Money Lessons I Wish My Parents Had Taught Me

Here are some common excuses people give to not take action.  Notice how all of them depend on an external circumstance:

Do any of these sound familiar? Do you find yourself using any of these excuses to not move forward?  Do you think any of these are valid reasons to not take action?

The fact is, you may not have the money, or have enough time, or know the right people – right now. But *you’re* the one choosing to allow these circumstances to control your thoughts and actions.

The question you need to answer is why?  Why are you continuing to let these excuses steal from your future?

For many, these excuses are a way to avoid feeling fear – fear of success, fear of failure, fear of the unknown, etc.

Nobody enjoys feeling fear, and when we’re scared to do something we can typically create circumstances for not doing it.  But the end result is creating a future that is less than fulfilling.

So, take some time to really consider if the excuses you’re making are your attempt to avoid facing your fear.

Then, stop making excuses and start taking action.  It’s the only way to get to where you want to go.

So many of us choose to stay where we’re at because of fear.  Our natural tendency is to stay in the comfort zone and avoid pain.

But, we may not identify our inaction as fear because we want to believe our reasons are valid and justified.  And this keeps us stuck.

It’s important to acknowledge your fears so you can step into them and embrace them and then walk through them. It’s the only way to the other side.

Don’t use fear as a reason to not move forward.  Don’t believe that fear necessarily means something has gone wrong.  Don’t accept that it means to stop what you’re doing.

When you accept that fear is a normal part of life, it’s something we all face and everybody deals with it, then you won’t be so resistant to feeling it.  In fact, if you wrote down what you’re afraid of, you would probably realize that most of your fears are either irrational or unfounded.  It’s just the thought of the fear that immobilizes you.

So, spend some time identifying and acknowledging the fears that are holding you back in life. Allow yourself to feel it, and then take action.

Because, on the other side of fear is where all of your dreams can be realized. 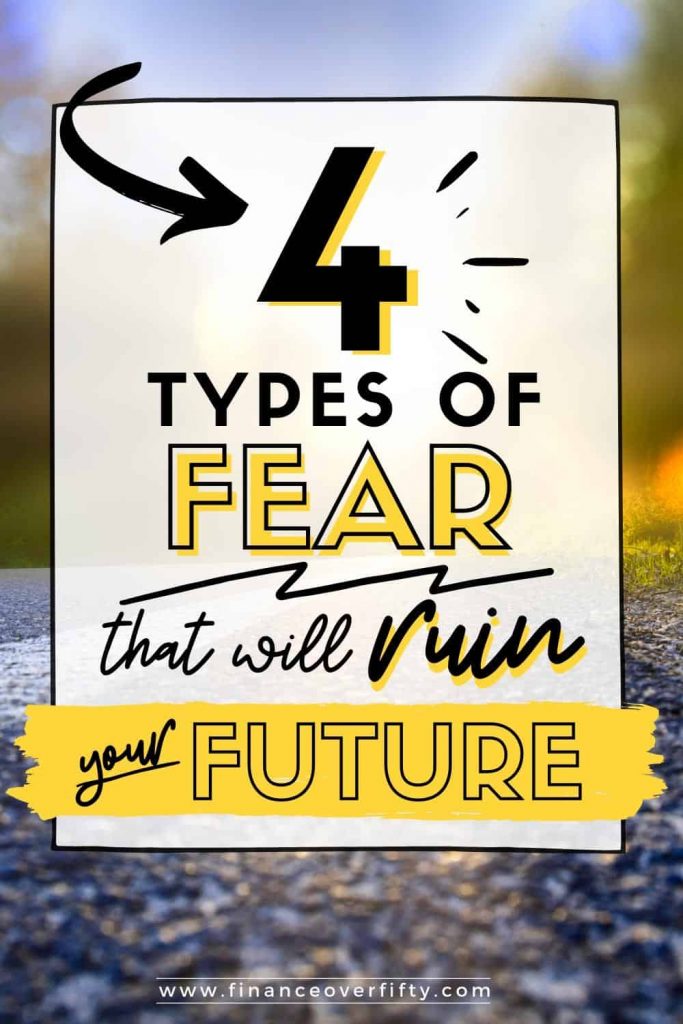 Gallery image with caption: How To Master Good Habits 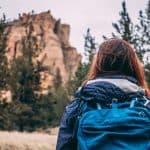 Gallery image with caption: The Path to Living Rich

Gallery image with caption: Why Is It So Hard To Save Money? 5 Tips To Make It Easier 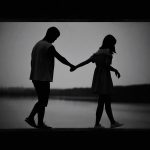 Gallery image with caption: Financial Mistakes: Waiting For My Husband To Get Involved 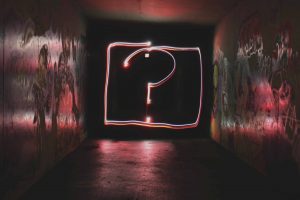 5 Self-Growth Questions That Will Forever Change Your Life 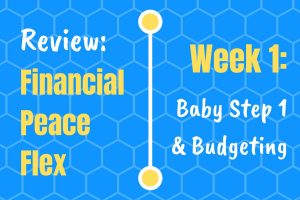 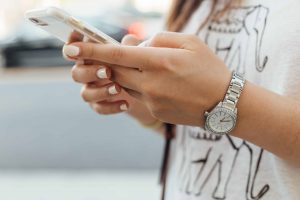