The Path to Living Rich 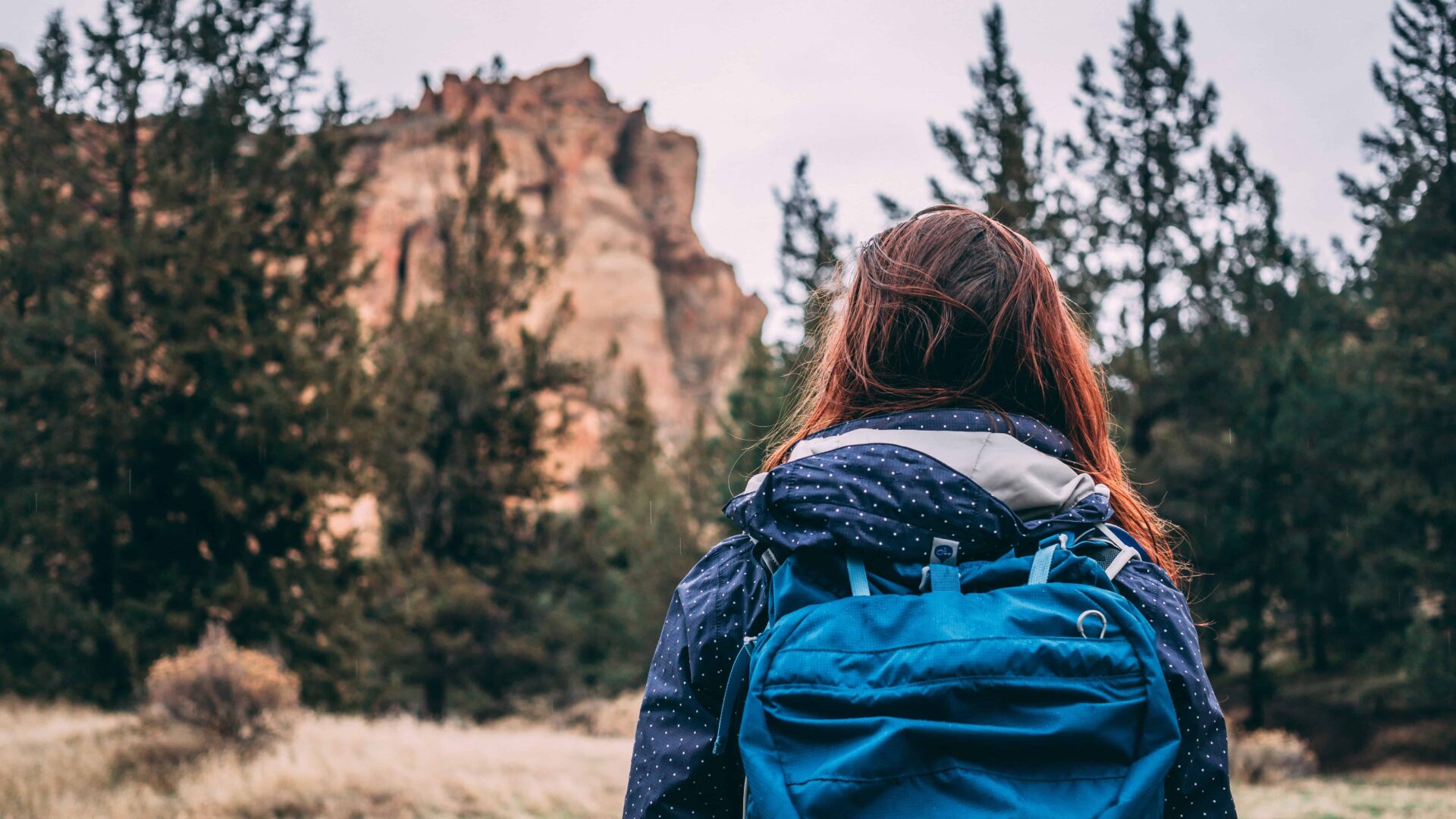 Have you ever had a “big idea”?  Like turning your hobby into a business, going back to school, or maybe changing careers?

It’s the idea that persistently tries to get your attention and you can’t seem to ignore it.  Of course, you don’t tell anybody because the chance of that idea becoming a reality is too slim to take it seriously.  So you keep blowing it off.

Or maybe your idea has been promoted to a dream – it’s not just a passing thought anymore, but something you can envision yourself doing.  In your mind you see yourself living it out, but in your heart you don’t believe it could come true.  It just seems too far from where you’re at now.

Or perhaps you’re a goal setter.  You’re good at breaking down big goals into small tasks and writing down a plan.  But when you look at the big picture you feel overwhelmed and unmotivated to begin.

What’s stopping you from moving forward?  Maybe right now you’re deep in debt.  Or you don’t have the right skills.  Or you feel too old and lost your chance.

Maybe these are all true.  But you know what?

Yes, it would be nice if your life was set up to guarantee success.  It would be reassuring to know for certain that someday you’ll reach that big goal, regardless of all the roadblocks you would face.

But the only thing you’re guaranteed is right now.  And where is right now going to get you?  Honestly, not very far.  I hate to break it to you, but I doubt anything life changing is going to happen in the next minute.  If you look up you’ll see that big dream is still pretty far away.

But stick with me.  It gets better, I promise.

It’s not just about the destination

I remember once reading about someone who had won the lottery – millions of dollars – then within a few years they had lost it all and were in more debt than they started with.  They had the means to secure financial peace in their lives, but found themselves in worse difficulties than before they experienced all that wealth.

Related Post:  How To Motivate Yourself To Achieve Your Goals (11 Effective Ways)

Compare that to the person who commits to small changes every day to get out of debt and build savings.  She takes her lunch to work and politely declines invitations to go out to eat.  She shops at thrift stores and yard sales to build her wardrobe.  She cancels cable and decides reading a book from the library is just as entertaining.  After several months – or maybe years – of making these small choices, she finally pays off the final balance on her credit card.

Then she quietly celebrates at home with a glass of wine, deciding she’d rather start saving for that real estate investment instead of treating herself to the cruise she originally planned on taking to celebrate.

I know – not nearly as exciting a story as the first person’s.

But here’s an important difference:

You see, it’s not where we end up that matters.  It’s all the little steps we took to get there.  When we take our eyes off the future reward, we open ourselves up to challenges and lessons along the way.  We can give our attention to the moment in front of us, the only one we have control over.

The journey is where change happens.

It’s what helps you discover how strong you are.

It’s how you figure out what’s worth sacrificing and what isn’t.

It’s where you’ll find inspiration in the mundane.

The journey is when you learn what you truly value.

Focus on the What Nows, not the What Ifs

I used to go to a small church that met in a rented building.  The pastor, who had a big vision for his little congregation, decided it was time to start a building campaign to raise money for our own property.  And he wasn’t just interested in having a little more space and a bigger parking lot.  He envisioned a campus.  One that would cost millions of dollars.

To the barely 300 members, this seemed like an unreachable goal.  We were barely able to pay the staff’s salaries, how would we raise enough for a campus?

My pastor always had the same answer.  The same way you eat an elephant.  One bite at a time.

He wasn’t overwhelmed by the end goal.  He wasn’t weighed down with all the what ifs.  He was just focused on the next step.

Makes sense, right?  Then why don’t we do it?

Because living in the moment is hard.  Especially when our big dream is so far in the future.  We think that one small choice right now won’t matter much.  Or maybe we’re too comfortable, with no pressing circumstances, so we’ll plan on doing that next step tomorrow, or next month … or next year.

Many times we’re just too focused on the mistakes we made in the past, the disappointments we still feel, where we’re not in life, the troubles up ahead, the threat of failure … I’m sure you have your own mental list.

All of our worries and concerns about the past and the future can crowd out the significance of the present.

And even when we really try to be mindful of the now, we can become ensnared by the anticipation of the benefits we’ll receive from doing it – and this puts us right back in the future mindset.  It’s a conundrum.

It’s good to reflect on our past and plan for the future – to learn from our failures but still have hope for our dreams.  But unless we understand the value that’s in the choices we make right now, we’ll forever be stuck in the what ifs.

And dreams don’t come true by talking about what you’ll do tomorrow.

True life transformation happens in the small choices we make today, moment by minuscule moment, one step at a time.

This is where the real treasure lies.

Because the discoveries you’ll make along the journey are worth far more than the destination you’re heading towards.

You’ll realize there is joy to be found in the seemingly insignificant moments of the day – the ones you used to miss because you were too focused on tomorrow.

You’ll learn to connect more deeply with those around you as you slow down to really listen.

You’ll view every struggle as an opportunity to strengthen your character.

You’ll stop stressing about the future and find fulfillment in knowing you got the most out of the present.

You’ll understand that your purpose isn’t wrapped up in what you’ll become, it’s lived out in who you are right now.

Change happens in the moment, not in the outcome

So it’s not just about getting out of debt, or having a successful business, or graduating with a master’s degree.  The journeys you take to get to these destinations are filled with rich, meaningful moments, profitable character building lessons, precious self-discoveries, and valuable learning experiences.

This is why all those reasons you had for not starting don’t matter.

Will you ever reach that big dream?  There are no guarantees.  Will there be struggles and setbacks?  Undoubtedly.

But I can promise you your life will be richer if you commit yourself to the next small step you need to take to get there.  And at the end of your journey you’ll realize that you aren’t the same person as when you started.  You’re better.

Because when you take your eyes off all the what ifs and invest your efforts in the what nows, you not only change where you’re going, you also change who you are.

And this is what makes life rich. 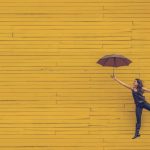 Gallery image with caption: 5 Steps To Get Set Up For Success Every Day 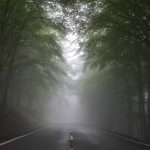 Gallery image with caption: 4 Disguised Fears Holding You Back From Achieving Your Goals 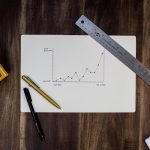 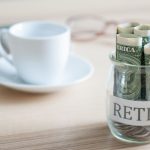 Gallery image with caption: Behind On Retirement Savings? Here’s 7 Steps To Catch Up 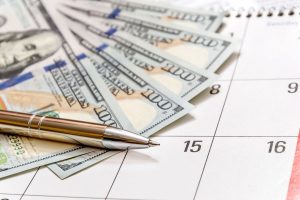 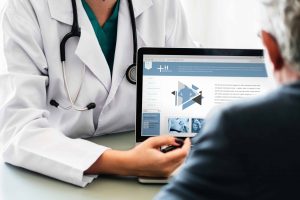